Monitor your ad spend and budget, ensuring that you stay on track and avoid any nasty surprises

What you can do with this Ad Spend Monitoring template

Find reporting templates for all these related data sources

Actiondesk works seamlessly with all of them.
TikTok Ads

This template helps you stay on track with your online advertising budget. Basically, it compares two values, ad spend and ad budget.

To make sure you don’t go over your budget or don't underspend it, you need to monitor your ad spend closely. Without this template, you’ll have to review your spendings on each ad platform you use, one by one.

Let’s say you use Facebook Ads, Google Ads, and TikTok Ads. Ideally, every day you should access all the three platforms to check what you spent. Do you have the time to go through such a lengthy process?

Very probably, the answer is no. So, you’ll be happy to know that our template does all the hard work for you, gathering data from all platforms you use into a single dashboard.

What problem does it solve?

If you have an online business, chances are that you’ve already heard of Google Ads. This platform has a pay-per-click or pay-per conversion model. You can choose one of the two, but most beginners end up using pay-per-click because there are requirements to make you eligible for pay-per-conversion, including having already a certain number of conversions recorded in the last 30 days.

Google Ads lets you set a monthly budget and it won’t charge you more than the budget you set. That’s good news, but what does it mean in terms of clicks or conversions?

Let’s say you use the pay-per-click model and set a monthly budget of $100. You used Google Ads’ smart bidding features, so it automatically sets the best cost per click for you. Let’s say you never monitored the campaign.

15 days after launching the campaign, you get a notification from Google Ads saying that your ad is no longer shown, because you’ve finished your budget. Been there, seen that ;)

This is a terrible surprise you could easily avoid by monitoring your spendings daily. After a week, you would have started noticing that your budget could finish too soon, so you’ll have lowered manually the cost per click. This template** lets you monitor spending data in real time**, to prevent disasters like this one.

How does it benefit my business?

You spend a good deal of money on online ads, so you’re definitely expecting positive ROI.  And of course, you want to double down on the platforms that are giving you a good ROI, and stop investing on those that are only wasting your money.

Let’s say you have two ad campaigns, one on Google Ads and the other on Facebook Ads. You spent the same amount of money on both campaigns. But your report shows you that:

With this data on hand, making decisions is easy. You can choose to invest less money in the lower-performing channel or device to shut it down completely, focusing your efforts and investment only on the highest-performing one.

Looking for a different dashboard or report ? 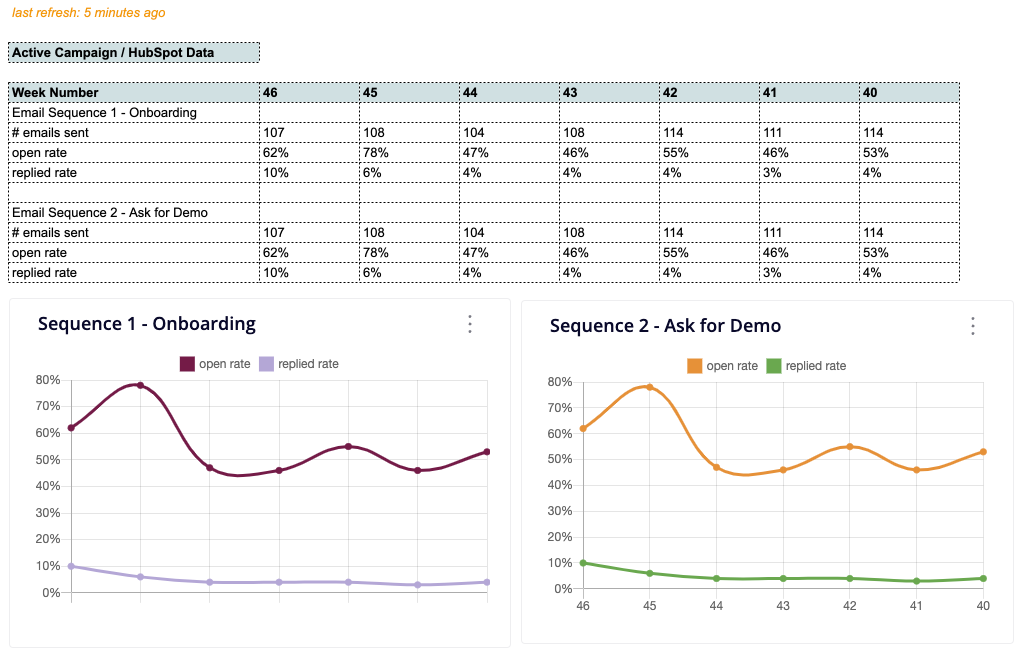 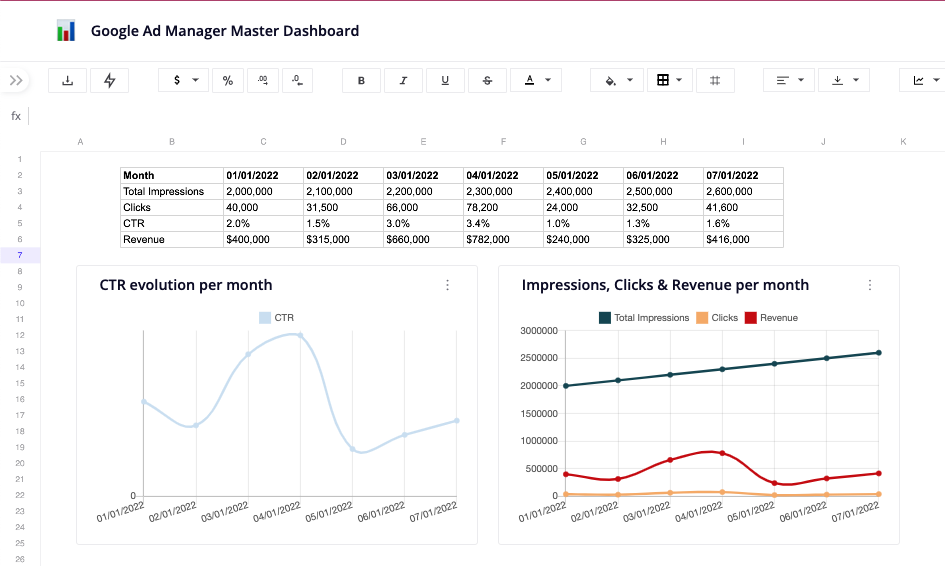 Understand how well your website is performing and identify areas that need improvement.

Monitor your ad spend and budget, ensuring that you stay on track and avoid any nasty surprises 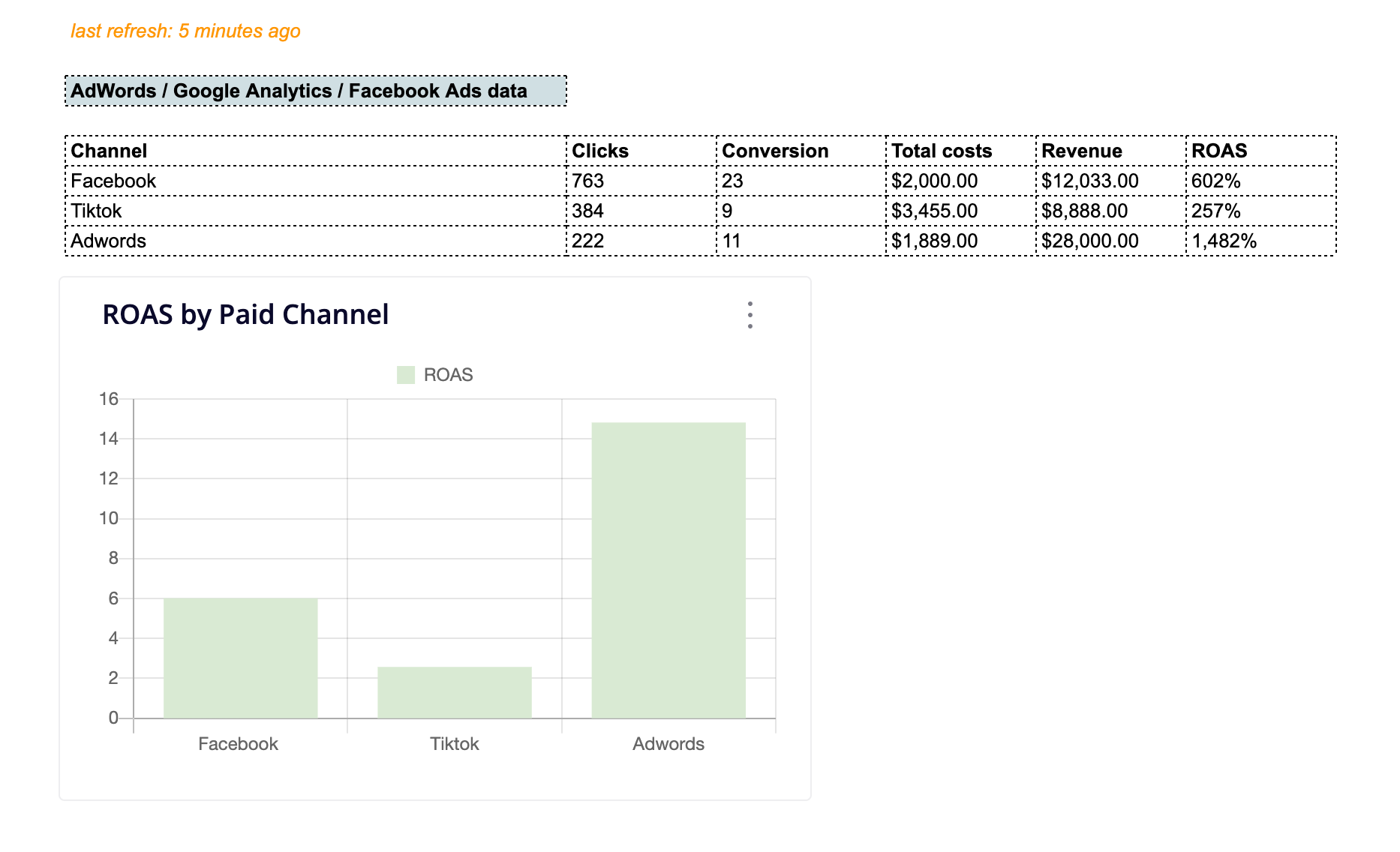 Gather data about the return on ad spend (ROAS) for all your campaigns in one place. 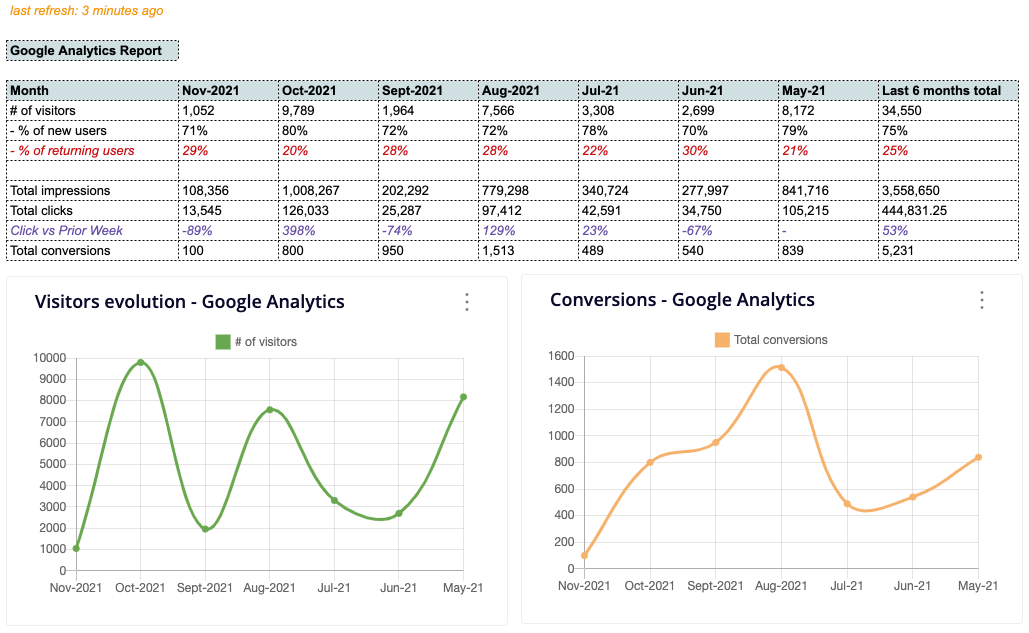 Easily view your website's growth over time in terms of clicks, conversions, and impressions.

You can use Excel… or upgrade to Actiondesk
No more copy/pasting
Connect this template directly to your data source
Powerful
Combine the ease of a spreadsheet with the power of a BI tool. Use SQL queries if you want to.
Keep what you love from Excel
Explore your data and build what you need using your spreadsheet skills.
Get started today
Success! Check your email for next steps on activating the template.
Oops! Something went wrong while submitting the form.
Thank you! Your submission has been received!
Oops! Something went wrong while submitting the form.